Using cinnamon bread elevates your french toast. It's an easy way to get a new flavor from boring bread. 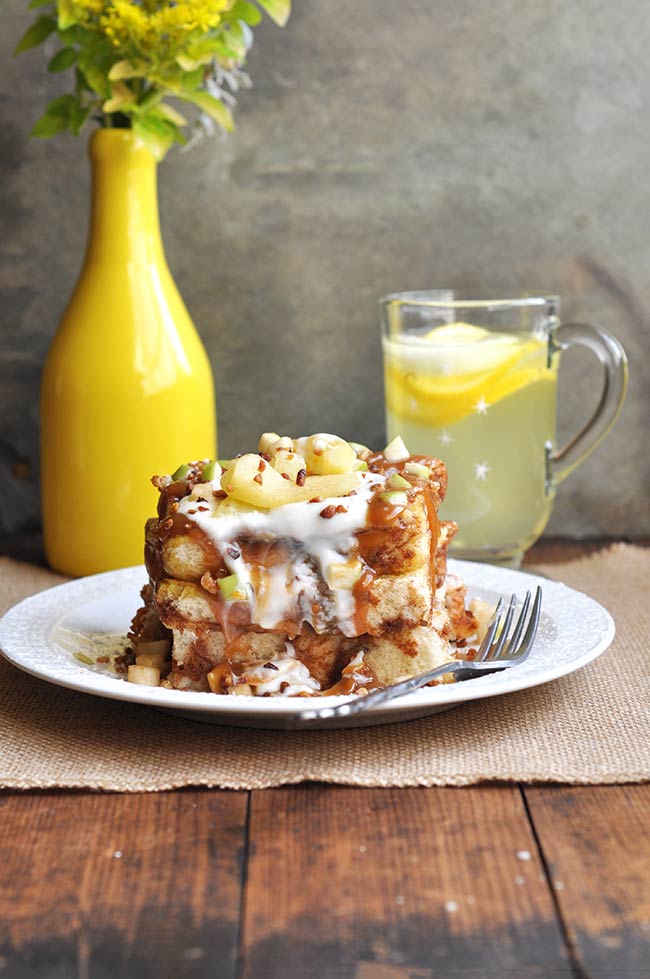 If you are lucky enough to live near an Amish food store with loaves of fresh-baked cinnamon bread topped with cinnamon sugar crumbles, then this recipe is going to knock your socks off. If you’re not that lucky, well, then there is always Pepperidge Farms cinnamon bread and it’s almost equally delicious just in a non-homemade way.

This is a super easy brunch or breakfast that will have your family and/or friend drooling. All in a matter of minutes. The key to quick and easy breakfast I have discovered… the trusty ol’ oven. In the same set-it-and-forget-it way I love my Crock-pot, I also love my oven. Great for cooking large amounts of hot food like a whole package or two of bacon or in this case, lotsa french toast.

Can I mention that I am really hoping my oven breaks soon so that I can get a *new* one? Is that bad? I really want a black-topped, grill-style, gas range. Black because, let’s be honest, it’s easier to keep clean. And the full grill top would make me feel like I have so much more room to work with. When I’m sliding things over to different burners, to add a gravy pot or what-have-you, then it’s a smooth transition. But a perfectly evenly heated new oven would really take the cake. A big one with a warming drawer would be amaze.

OK, so enough daydreaming. Let’s work with what we have and cook up these slices of cinnamon french toast, quick. The toppings though. Just you wait and see how easy and delicious things can be. Spoiler alert: If you love caramel apples, you will love this french toast!

Bonus: The hot toddy. Visit the Hidden Spirits Cocktails recipes page to learn how to make one! (So blissfully delish!) 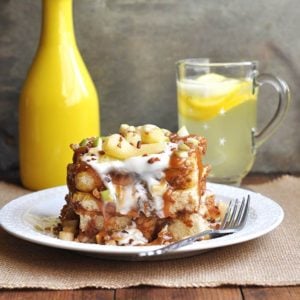