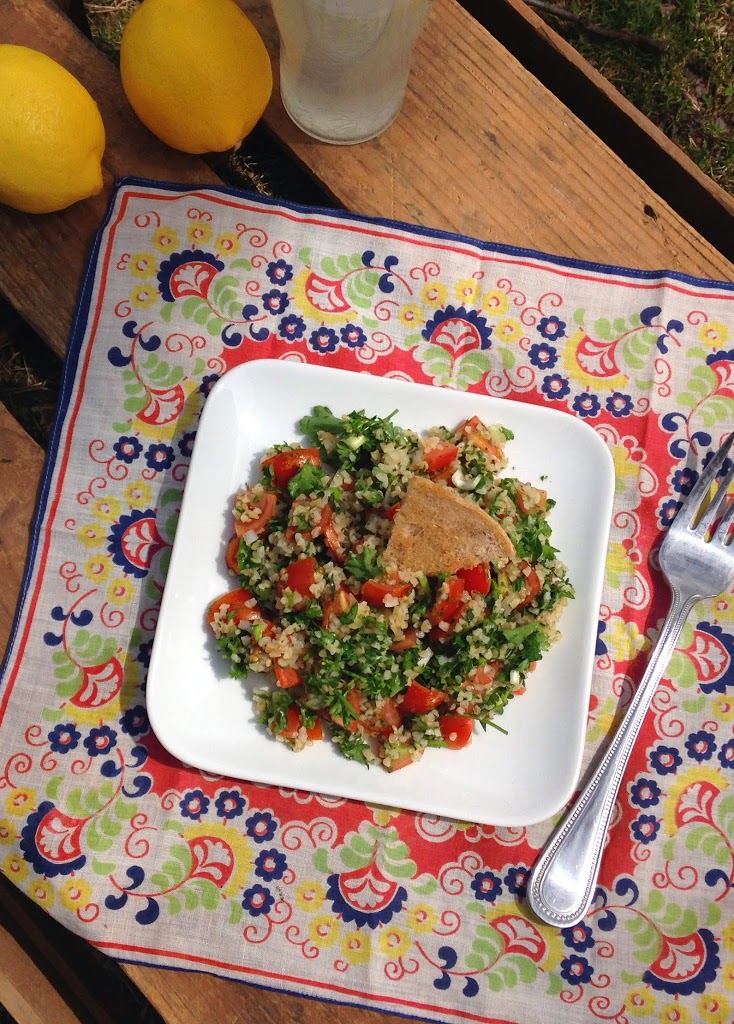 I have two inspirations for this dish. First one being Aaron’s high school friend. His mom is amazing at cooking Mediterranean foods not only because those are her roots but because she literally cooks catered-quality dishes, every day. So I remember this one barbecue we had b.k. (Before Kids) and Aaron’s freind showed up bearing food as he often did thanks to his awesome mom. This time it was a special request of mine that he bring tabbouleh. See, I’d had my first taste of it at a previous gathering and was in love with it! It was so fresh and healthy tasting and still so flavorful and filling. And this time around was no different. His mom however does not divulge her recipes so I was left inspecting the salad to see what I could determine to be the ingredients. After several attempts of recreating her tabbouleh, I had something pretty close.

Then I went to Texas de Brazil for the first time.

My mind was blown. Their tabbouleh salad was just as good and somehow addicting. Forget the all-you-can-eat meat, people. I just wanted to get full of tabbouleh. But yeah, not for $50/plate. So I decided I needed to tweak my recipe to get a little closer to Texas de Brazil’s heavenly tabbouleh flavors. So tweaks have been done over the years since, and this is where I am today. It’s now one of my favor dishes to make in the summer using my fresh herbs. If you try it, please let me know what you think!