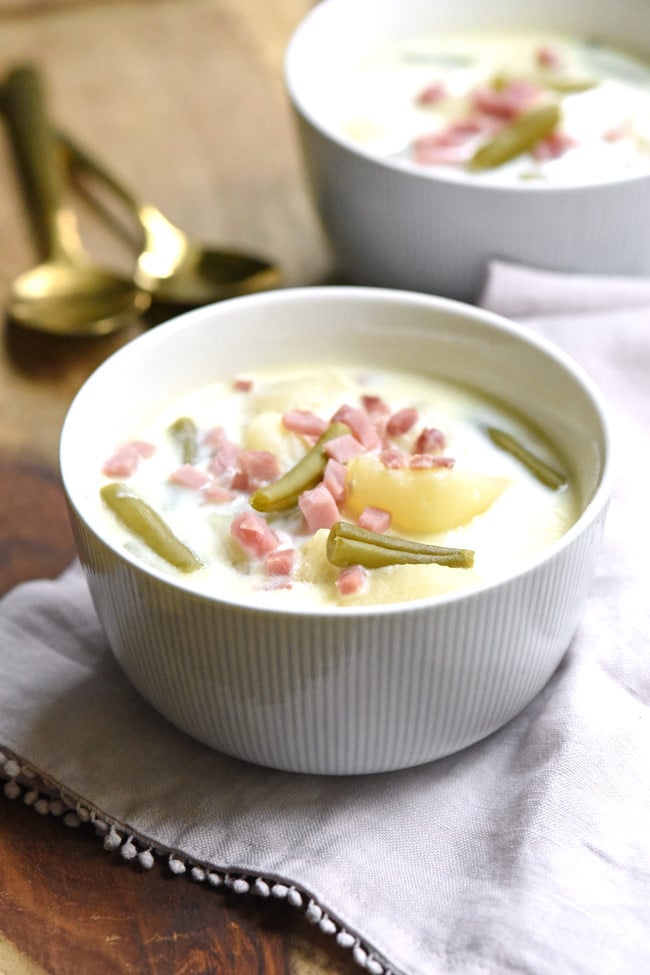 Any kind of potatoes work. This recipe calls for large potatoes. If using small potatoes, double the number of potatoes you use. If using canned potatoes, no need to cook them. Just drain and add them when you add the rest of the ingredients. If adding ranch seasoning packet, stir into the soup when you add the milk. Top with cheddar cheese or melt it into the soup. Nutrition Facts include all the optional ingredients.