Imagine warm, gooey, fresh-baked cinnamon bread drizzled with icing. Now imagine not having to make dough, let it rise, or roll it out. The secret shortcut to this easy cinnamon pull apart bread? Start with cinnamon rolls. This pretty and tasty bread is easy to make and you can make it ahead. Perfect for weekends or as a special treat on holiday mornings for breakfast or brunch. 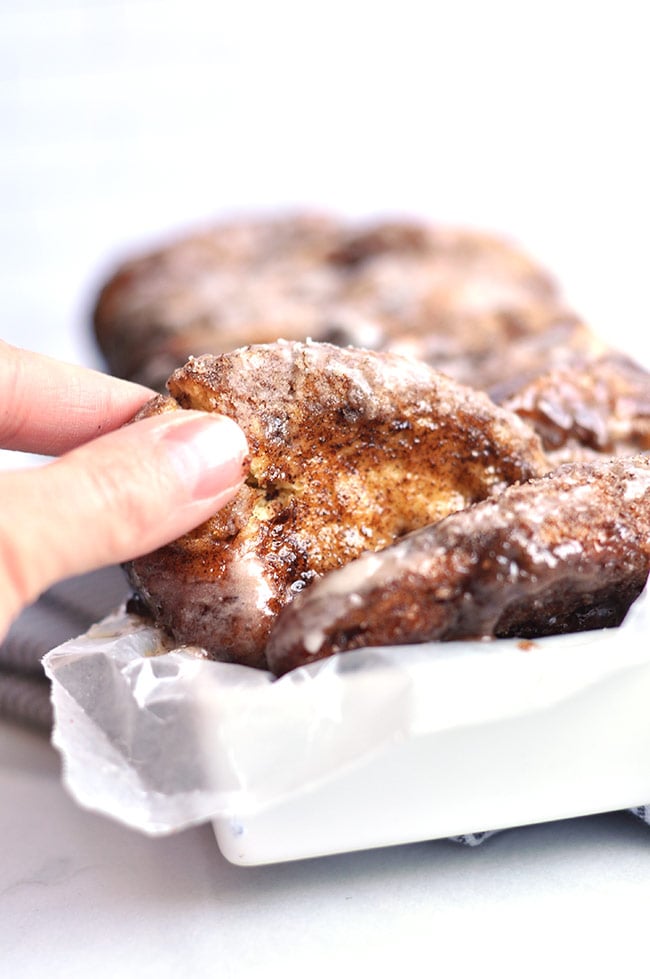 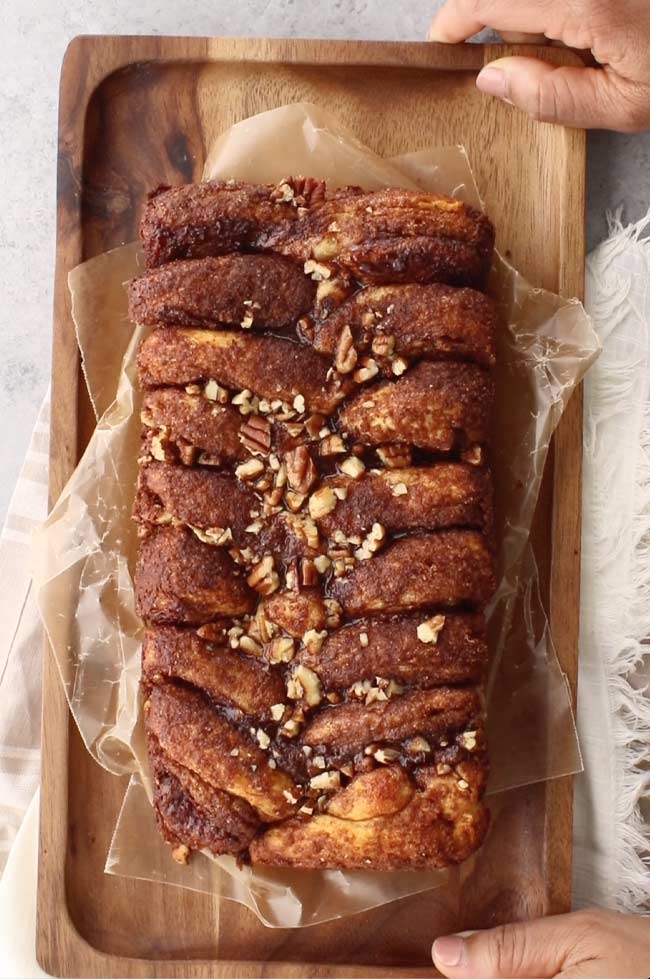 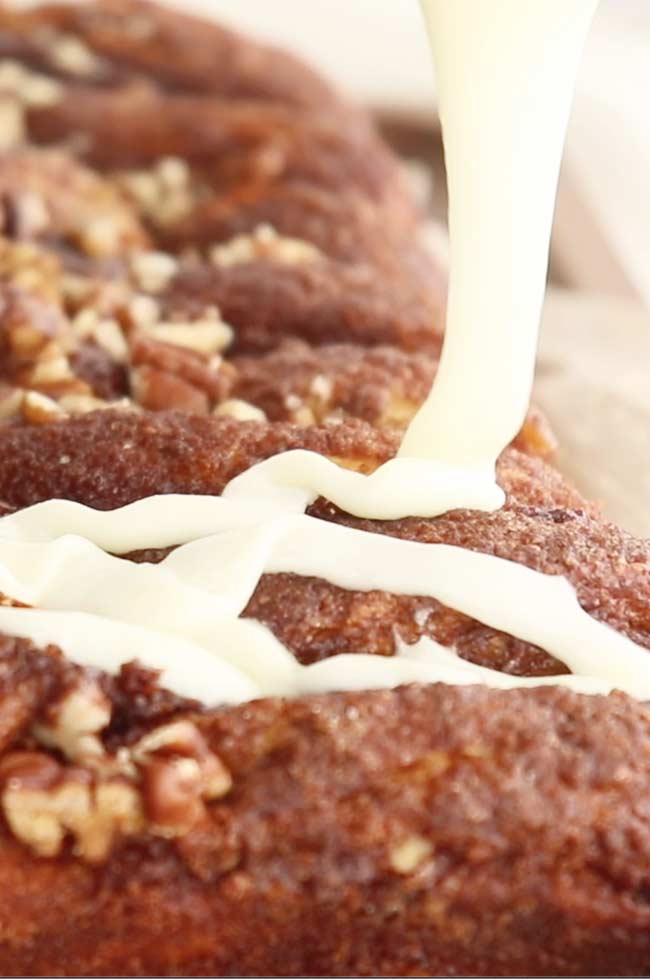 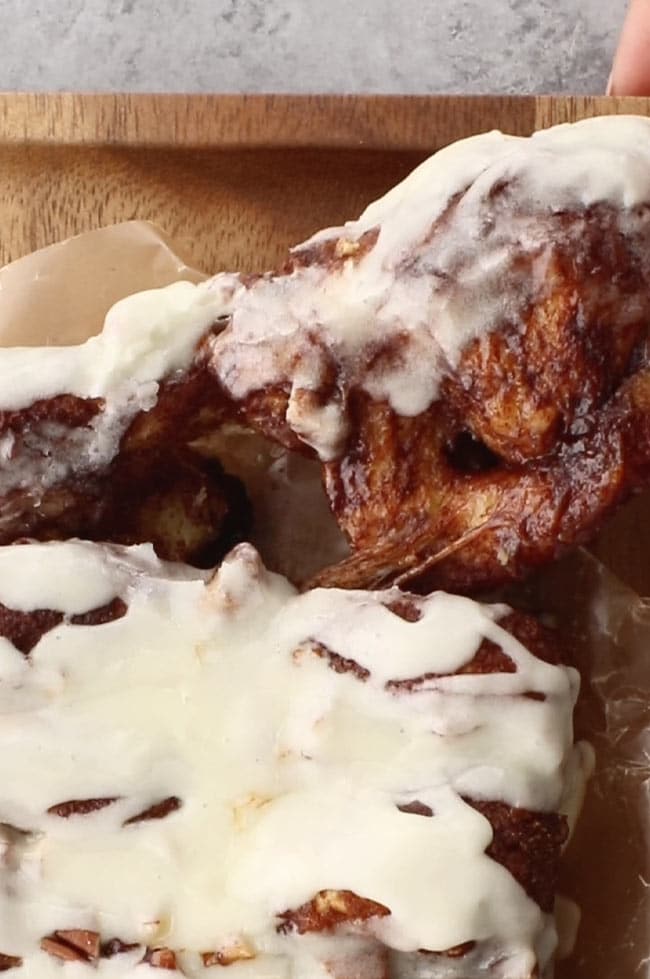 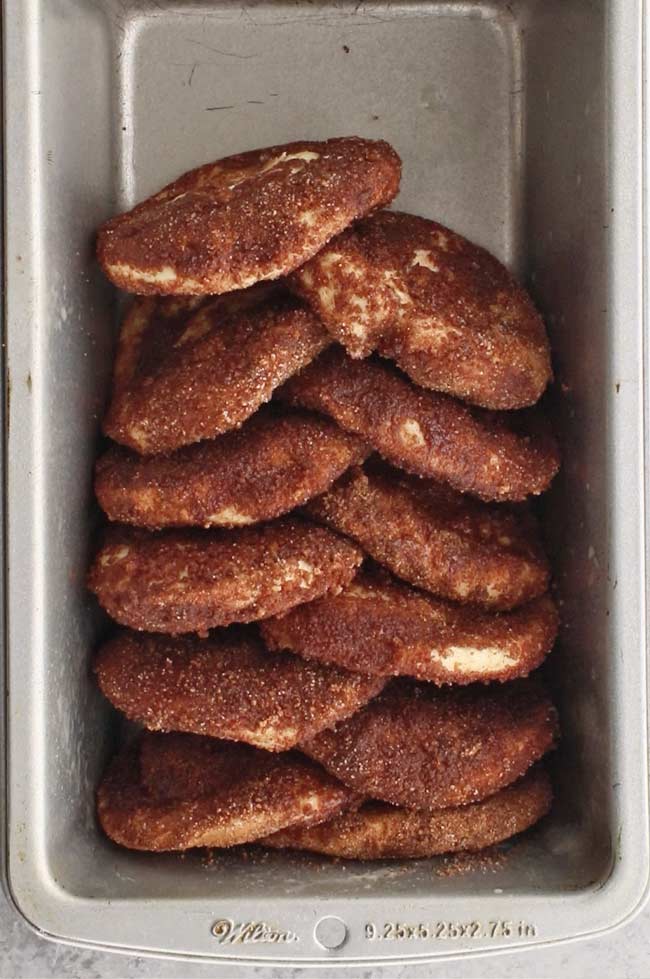 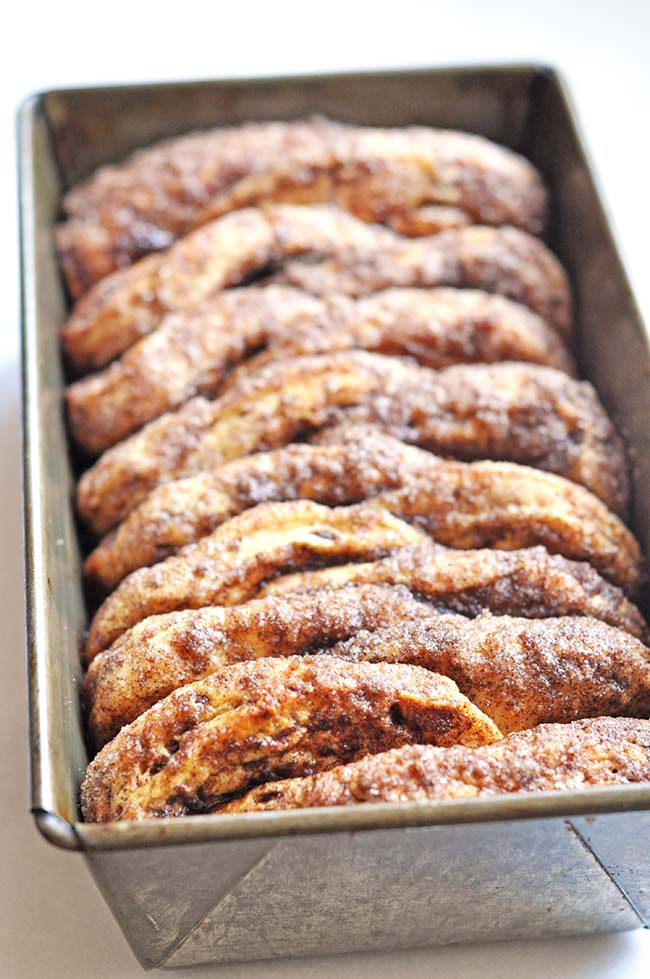 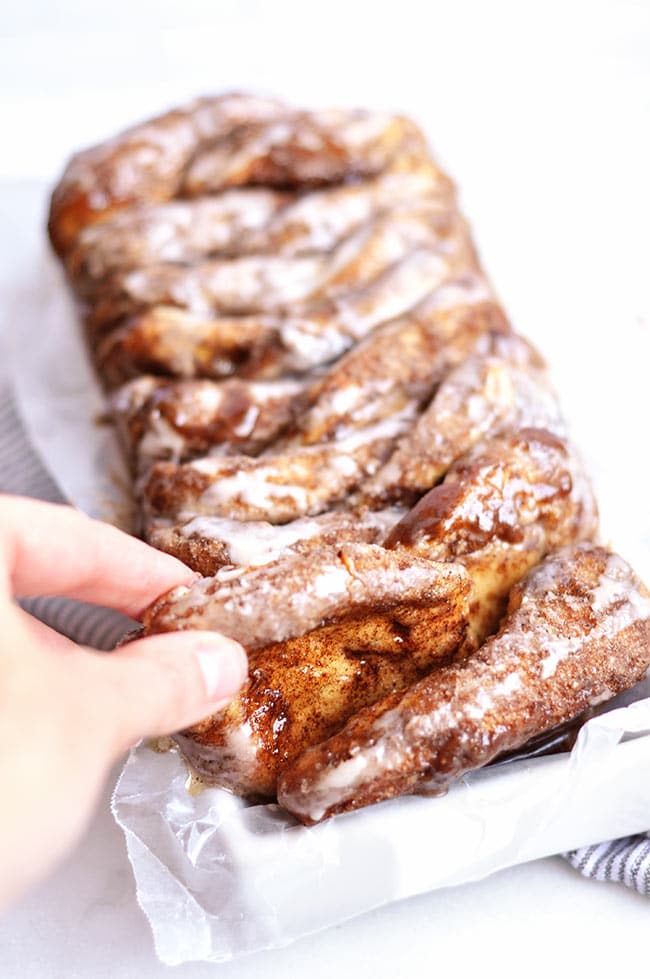 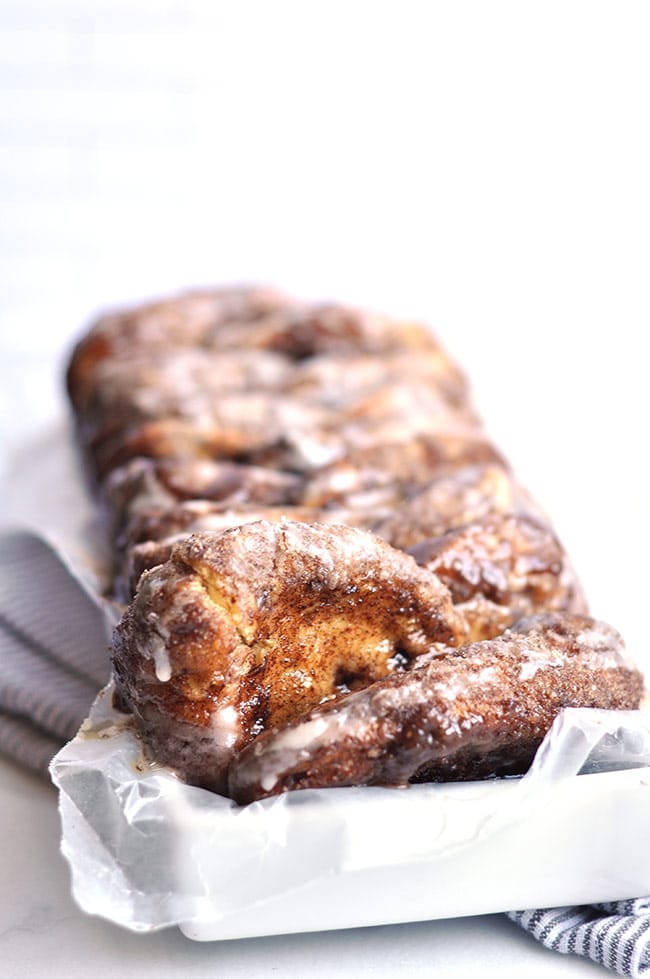 You are going to love this easy cinnamon pull apart bread. It’s simple to make and you can make it ahead.

Imagine warm, gooey, fresh-baked cinnamon bread drizzled with icing. Now imagine not having to make dough, let it rise, or roll it out. Do you like where this is headed? 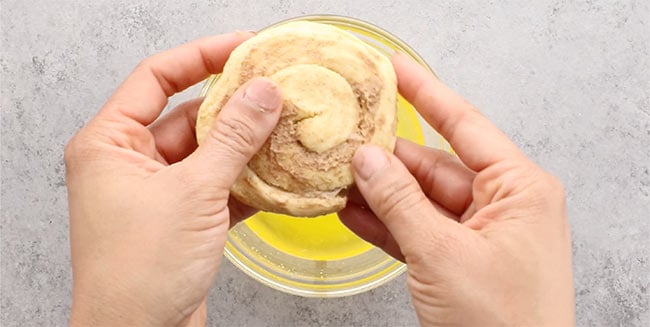 So easy yet so pretty!

Let’s take this one step further and talk about the loaves of artisan bread you and I admire at Panera or the local farmer’s market. I love the texture and look of bread that is more than just a big honkin’ loaf.

I appreciate a dusting of flour, the slits that have baked open to perfection or when the dough is braided or formed into some other fun shape. Those little details make me excited, but the thought of putting in the time to create those details myself can get overwhelming. Especially since when I do most of my “fancy” cooking, it’s around the holidays or it’s for a birthday party and my stress level is already a little higher that it needs to be.

Look how pretty this loaf of bread looks, but much easier: 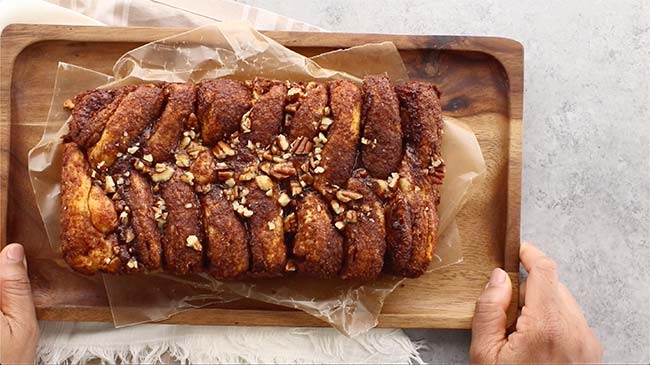 Check out just how easy it is to make this from start to finish.

Watch, step by step, how this pull apart bread is made:

What do you need to make this cinnamon pull apart bread? 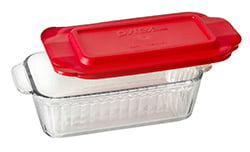 So, here’s the deal. All you need is about 10 minutes of prep time, a loaf pan, a fair amount of butter and a little know-how to get a great looking pull-apart loaf. I use Pillsbury flaky Cinnamon rolls as a starting point. 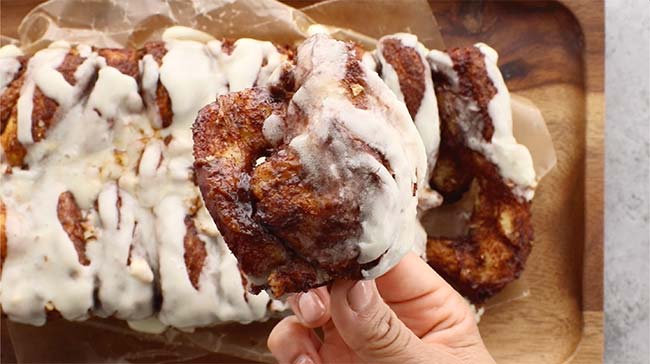 I love this pull apart bread for a lot of reason but mostly because you get the Pillsbury cinnamon roll flavor you love but without all the dry edges.

Raise your hand if you only really and truly enjoy the middle of the cinnamon rolls. Thought so.

So, yeah. This cinnamon bread is basically like the center of the cinnamon rolls but ALL OVER. Am I your new best friend or what?

Do you have to use Pillsbury cinnamon rolls?

Nope. You can use any brand of ready-made cinnamon rolls you prefer.

It’s important to note, cook time can vary greatly depending on what type of cinnamon rolls you start with. There’s no right or wrong brand or type to use, but just keep in mind, usually the bigger the rolls, or if you are starting with frozen or even colder rolls, the cook time is affected. It’s best to keep an eye on the center of the loaf. It’s done with it’s no longer doughy in the center. You may need to cover the whole loaf with foil to prevent it from browning too much if it needs a longer cook time.

Are you a cinnamon lover?

Do you love cinnamon everything? Then you might want to also check out my cinnamon baked french toast recipe. It’s a little quicker to make and has a similar flavor to this pull apart bread but a little more french toast like vs. a bread. You can also make it ahead so it’s great for holiday breakfast.

Here are a few others too for you cinnamon lovers:

This easy cinnamon pull apart bread using Pillsbury cinnamon rolls was featured on Sew It Craft It Cook It! and Meal Plan Monday!

Have you tried making this a day before needed? Is it still as good? Excited to try it this weekend!

Hi Shelley, I have not tried making it the day before but I think you could. I would wait to add the icing until right before you're ready to eat. The loaf won't be warm anymore which is part of its charm but I think it would still be pretty tasty! Let us know if you try it. :)

The picture shows at least 2 cans of the refrigerated cinnamon rolls in the loaf pan as there is only 5 in each can including the container of icing. It also took longer than 20 minutes to cook them all the way through in the middle. Maybe I'm missed something in the directions?

You're right. You will need two containers of 8-count rolls which are the smaller ones. If you used the larger rolls that's probably why it took longer to cook. Thank you for letting me know, I've updated the recipe to be clear about what to use.