This delicious soup, made popular by Olive Garden, features bacon, kale, beans, rustic potatoes, and flavorful sausage in a rich and lightly creamy chicken broth. Make it spicy or not by adjusting the level of cayenne pepper. 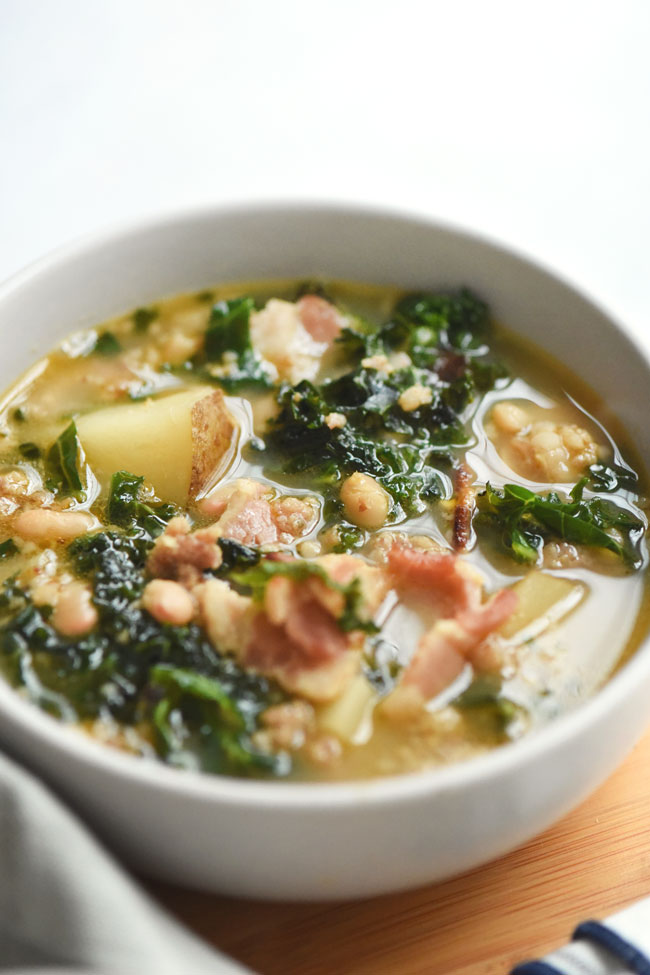 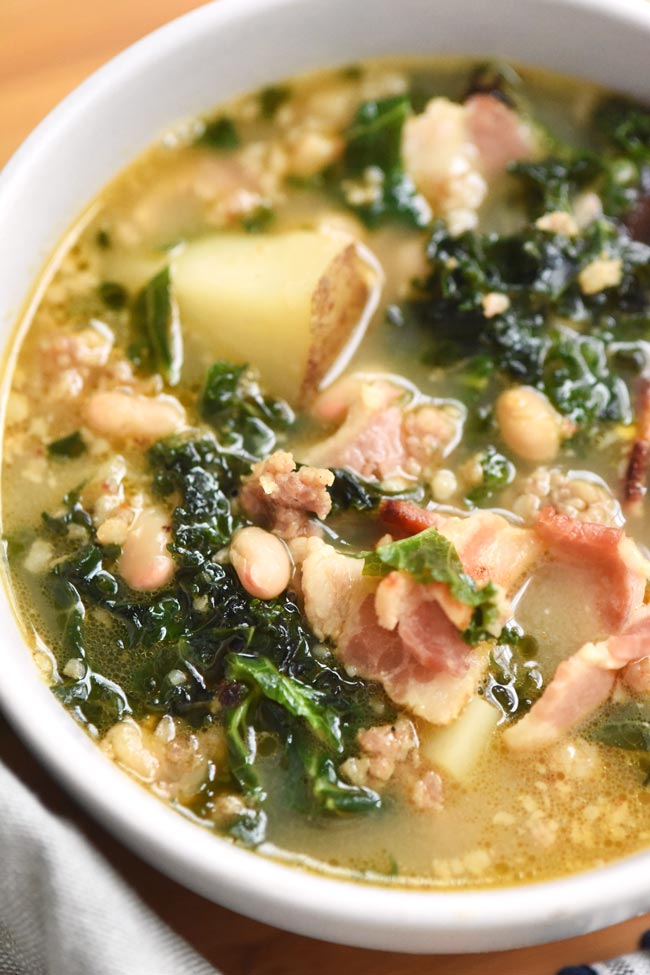 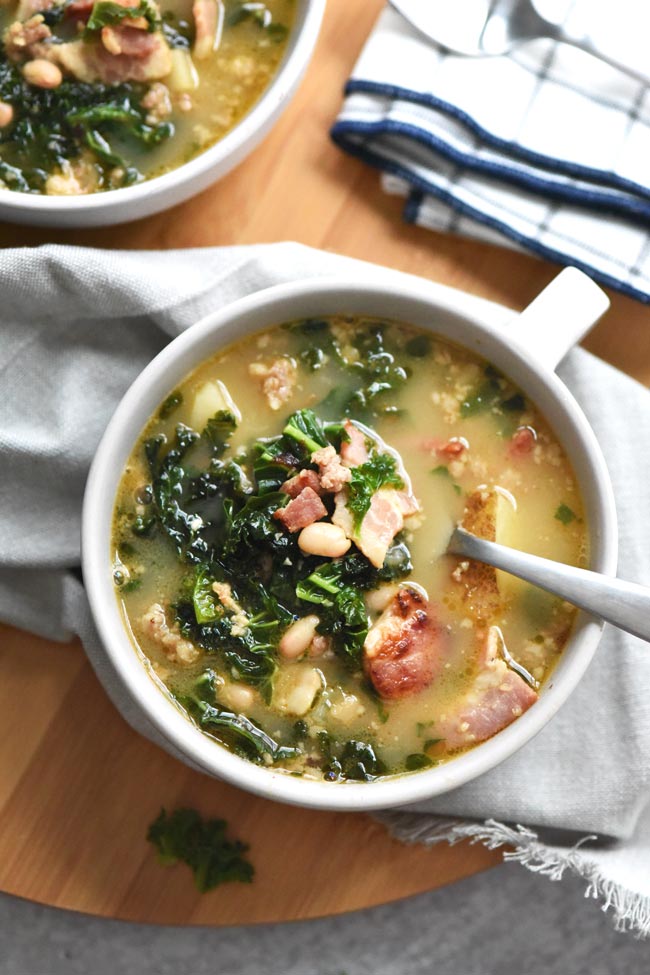 There’s a lot to love about this Tuscan soup, well known as “Zuppa Toscana” thanks to the popular restaurant chain, Olive Garden.

Easy “Zuppa Toscana” Tuscan Soup — made all in one pot!

I’m hoping you’ll find that this is THE EASIEST recipe for Zuppa out there.

There are a lot of copycat recipes inspired by Olive Garden’s tasty soup. But some have lots of steps and lots of pots and pans involved. So, I set out to simplify the cooking process as much as possible without sacrificing awesome flavor.

To make this all in one pot, you’ll ideally want to use a large dutch oven. 6 qt or larger works best. If you don’t have a dutch oven, you can still make this working using a large pot, you just may need to stir more to prevent sticking.

Want to invest in a dutch oven? Shop dutch ovens on amazon

What ingredients are needed for this Tuscan soup?

You don’t need a long complicated list of ingredients to make this soup. Just a few key ingredients that bring a lot of flavor to the table.

There are several star players. First up, bacon. I mean, who doesn’t love bacon?

Next? Kale. Because everyone loves a soup with healthy foods but since we’re starting with bacon so it actually tastes good.

Sausage. Just because flavor is the ultimate goal, we’re bringing in sausage to pair up with bacon for a meat-match-made-in-heaven.

Onion and garlic. Of course.

Chicken broth with a bit of extra bullion for the most delicious broth. I like to use Better than Bullion but any will do.

Half and half to add a creamy component to the broth. I prefer to keep it light, but you can add more or less to taste. You can also use milk or heavy cream if you prefer. Experiment and see what you like best or go with what works with your diet.

And finally, creamy soft navy beans. You can use any white bean, but I really like navy beans because they have a melt-in-your-mouth texture and a slight rustic flavor that’s perfect for this soup.

Oh! Wait. Can’t forget the potatoes. We’re keeping them rustic, just like Olive Garden does, with the skin on. Just be sure to scrub the skin well to remove any grit before chopping.

There are a few extra ingredients you could throw in, if you want, that I feel would be a great compliment to the flavors happening in this soup: corn, zucchini, spinach and even bell peppers.

Want to keep this soup mild, not spicy?

This soup is rich and delicious but that’s partially because it’s high in fat. If you’re ok with sacrificing a little flavor in order to lighten this up, here are a few tricks:

• In addition to draining the bacon grease, pat bacon to absorb extra grease
• Try turkey sausage or plant based “sausage”
• Half the amount of potatoes and cut them into smaller chunks
• Use milk instead of half and half to cream the soup

What kind of potatoes are best to use in Zuppa?

I like russet potatoes. They have a rustic flavor and an airy texture that goes well with this soup. You could, however, use any potato you prefer.

Browse all my easy soup recipes! 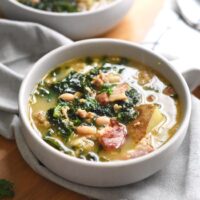